The Ehrenbreitstein Fortress, the second largest preserved fortress in Europe, was constructed in its present form between 1817 and 1828. 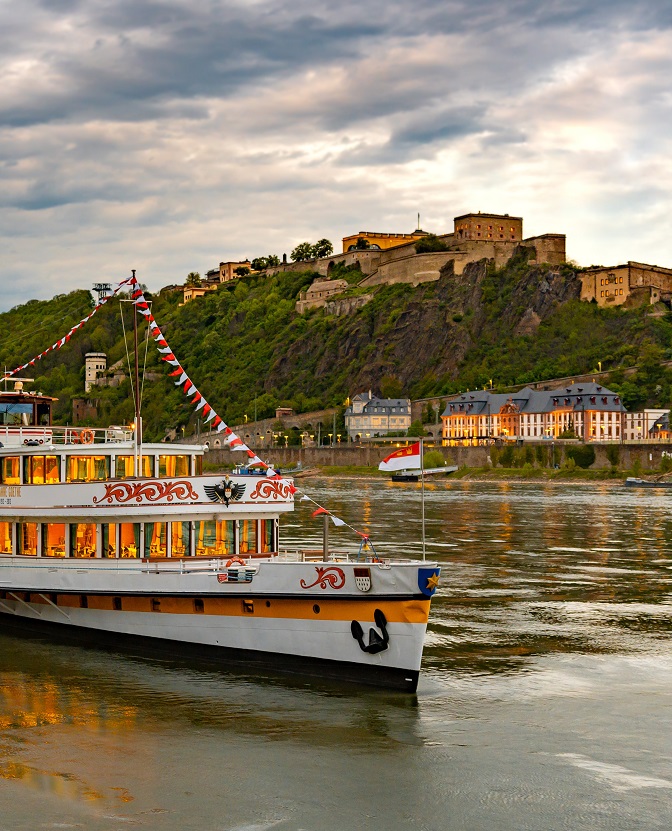 The Electoral Palace in Koblenz is one of the most important palatial buildings in the French early Classicism style in south-western Germany. It is one of the last residental palaces that was built in Germany shortly before the French revolution. 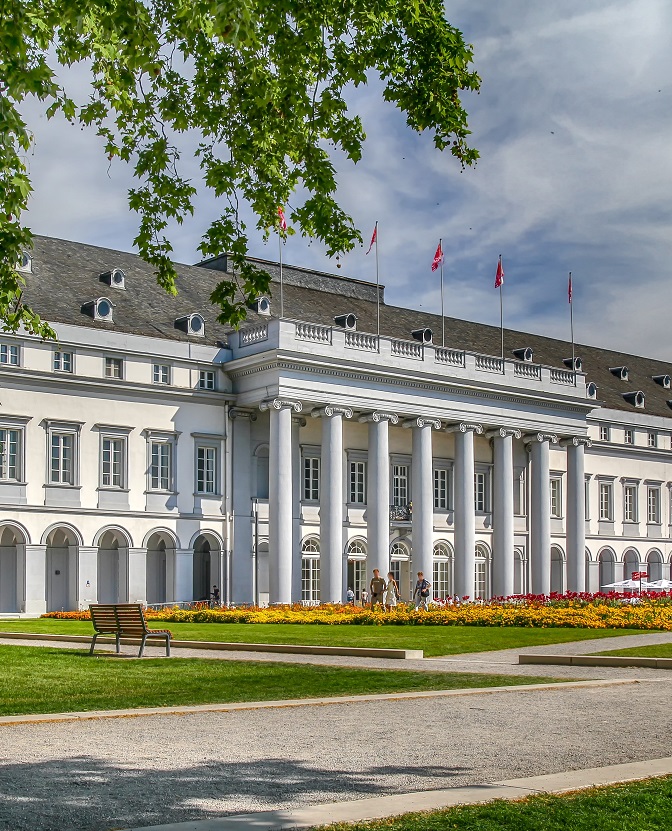 Just a few kilometres from the centre of Koblenz the Stolzenfels Castle rises in the district of the same name, high above the left bank of the Rhine. 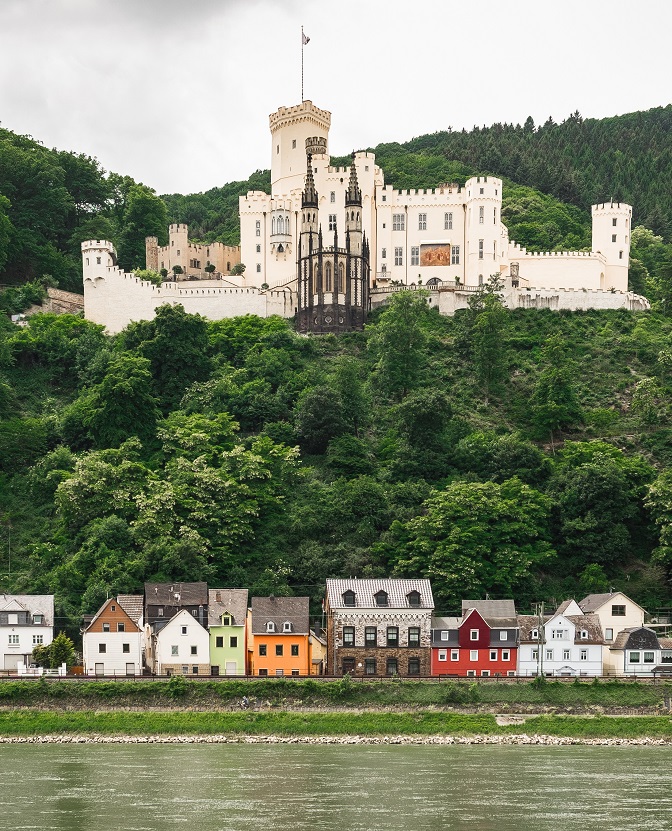 The cable car Koblenz connects the Konrad-Adenauer-Ufer with the fortress Ehrenbreitstein. Hover over the Rhine, with walking distance it is only 2,3 km from the hotel. 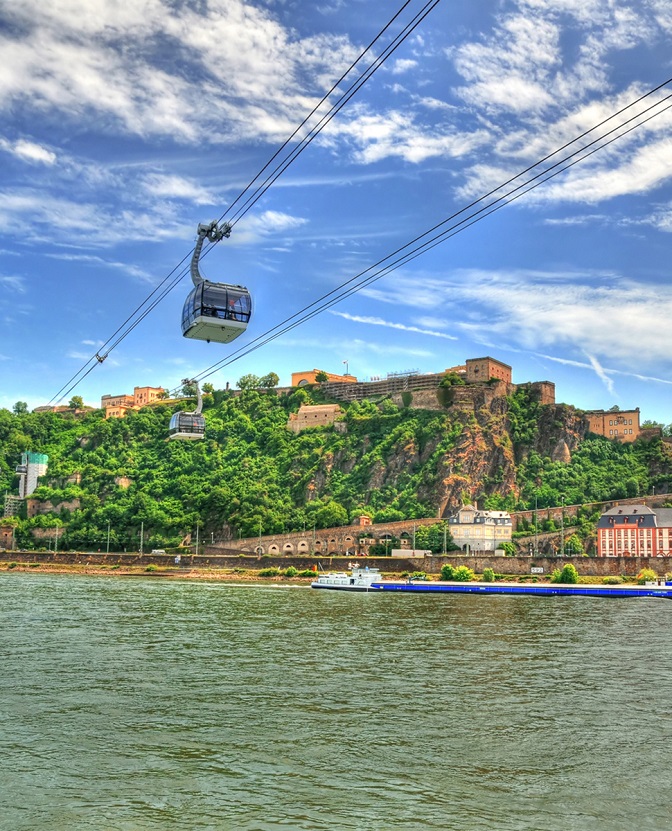 Deutsches Eck is the name of a headland in Koblenz, Germany, where the Moselle joins the Rhine. The walking distance is only 2,3 km from the hotel. 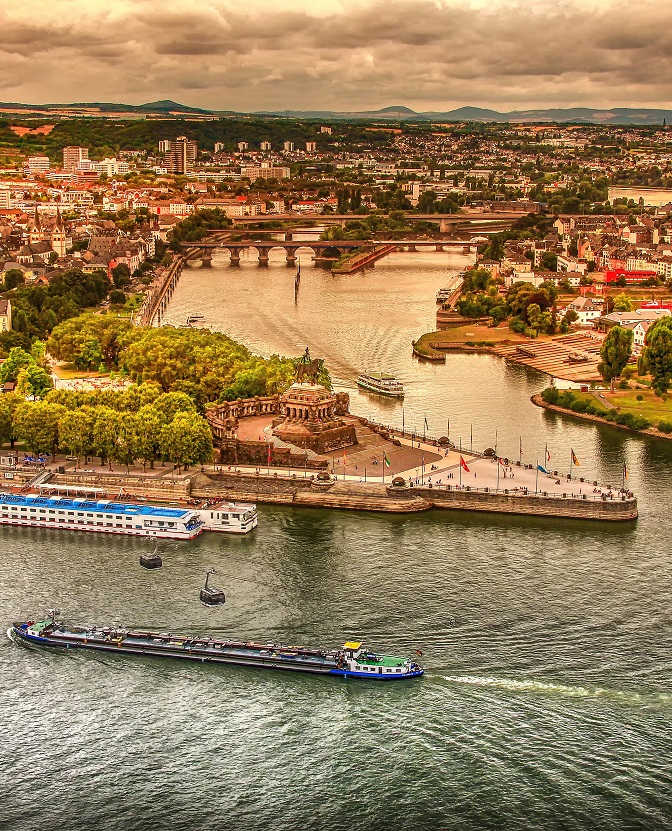